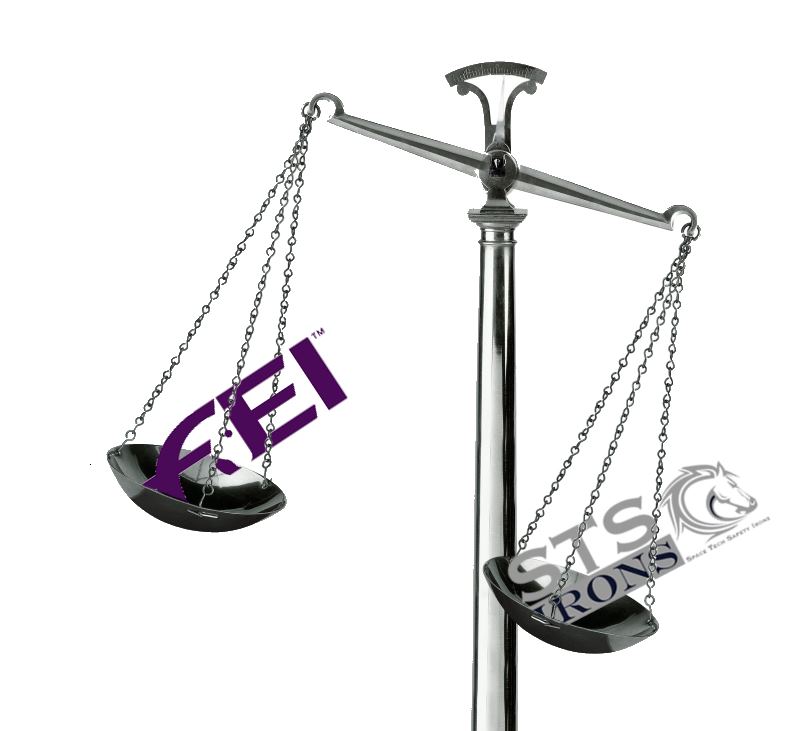 Controversy is rising ahead of the 2018 FEI General Assembly as equestrian competitors threaten to instigate a $20 million-dollar lawsuit if anyone is injured or killed as a result of the non-approval of the award winning STS Space Technology Safety stirrup irons.

A matter, well publicised, that has sparked outrage amongst the global equestrian community with members demanding a safer competition environment in which only the safest riding equipment is approved for use.

Members of the equestrian community have offered their opinion on the matter, stating they find it reprehensible the safety of themselves and other riders is being disregarded due to possible conflicts of interests.

The STS irons have been approved for use in FEI Show Jumping competitions, but not for Dressage and Cross-Country competitions which you will agree is farcical as you read on.

Ahead of the 2018 FEI General Assembly, they are calling for the release of all documentation held by the FEI regarding the STS safety stirrup irons, including any testing reports and the minutes of the 23-24 March 2018 eventing committee meeting.

“The FEI releases the meeting minutes of the General Assembly as a matter of transparency, so there is no reason not to provide the minutes of the eventing committee meeting to confirm if they did or didn’t approve the STS safety stirrup irons for Cross Country/eventing.

“We feel the FEI have allowed personal conflicts of interest to overrule the safety of riders. In addition to the meeting minutes, the FEI should also release the equipment testing reports completed prior to 13 June 2018 to confirm if the STS safety stirrup irons were approved.

“Further, under the new equipment rules and process, the FEI must provide us with copies of the signed testing reports, however we have never received them.”

In referencing the FEI Constitution, which clearly states rider safety is paramount and cannot be compromised, concerns of misconduct by members of the FEI across numerous departments have been raised within several media articles recently distributed.

“The FEI has failed to be cooperative throughout this case. They have ignored our requests for the names of the testing riders whose reports dictate the approval or non-approval of equipment at FEI level.
“Without this information, and the corresponding documentation, it’s impossible to determine if the STS safety stirrup irons were indeed approved for use, proving the FEI’s claims to be false, and smeared by corruption and cover up.”

“This is a great idea with the potential to significantly improve health and safety in the professional horse riding industry. The safety irons are well-made and finished, and the safety feature is a true innovation that will help save the lives of riders and horses.”

The award document and supporting testimonials. Liz TollarzoFEI and GP - trained 4 horses to FEI
Previous
Next
See Testimonials PDF
Despite their approval for use in FEI Show Jumping competitions, the STS safety stirrup irons remain supposedly non-approved for Dressage and Eventing, forcing riders to use alternative stirrup irons known to cause riders to be hooked up and dragged, resulting in serious injuries and deaths. “Further, claims made by the Dressage and Eventing departments have been proven to be flawed, as indicated in recent media articles circulated. However, nothing has been done to rectify this and restore the confidence of equestrian competitors.”

The flawed documents and supporting video.

The FEI Cross-Country and Dressage decision is flawed
Pru Elite Dressage Riders Feet Turned Out
“Riders feel their safety is being compromised. They state it is like playing Russian Roulette with their lives. They are allowed for use in FEI Show Jumping, but barred in Dressage or Cross Country. They compare it to driving a car and not knowing if the brakes are going to work.”

“Consider if a rider was refused to use the STS safety stirrup irons, was seriously injured or killed, and it was later found out the Equipment Working Group riders did approve them. What is the outcome of such a situation? “Massive and successful lawsuits would follow, grossly affecting the reputation and financial position of the FEI and its stakeholders. Further, it would be frowned upon by major sponsors who could withdraw their financial support. “The 2018 FEI General Assembly has the opportunity to rectify this case to prevent a disastrous outcome affecting the FEI as an ongoing enterprise. It is our hope this message will be received, and the matter resolved once and for all.”
Media Enquiries: Steve Reynolds [email protected]